Driving through Yosemite National Park today, I saw that it wore its subdued Winter colors–grayed greens, and browns. The only touches of color were the bright orange/gold of unshed oak leaves left from Autumn’s blazing display and the strong rust color of dead pines. The deep quiet of the land was then broken by the rush of the newly melted snow as it traveled hurriedly down the Merced, reclaiming some part of its recent absence, trying mightily to fill its riverbed, but not quite up to the demand. 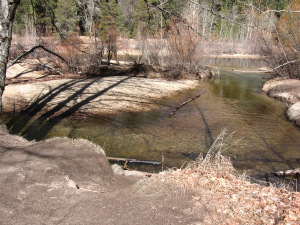 It’s been a dry winter, the rains and snows have been late and it is unlikely that there will now be enough to make up for the delayed arrival. After three years of little precipitation, the local papers headline “DROUGHT,” giving a name to the pervasive worry. But deep within this sacred place, there is a feeling of peace, of quiet survival and endurance. The tree limbs are just starting to swell with buds, showing their promise of Spring’s rebirth. The stillness holds the promise of another Summer, an awareness that under the soil each plant is quietly spreading its roots, and the yet unborn flowers contain the light.

Since my book, Inviting the Queen: An Emerging Archetype for Women at Midlife, recently published this seems like a good time to write a blog about archetypes and illustrate the three traditional archetypes (before the Queen) attributed to women’s life stages—Maid, Mother, and Crone.  But first, a brief definition ofRead More